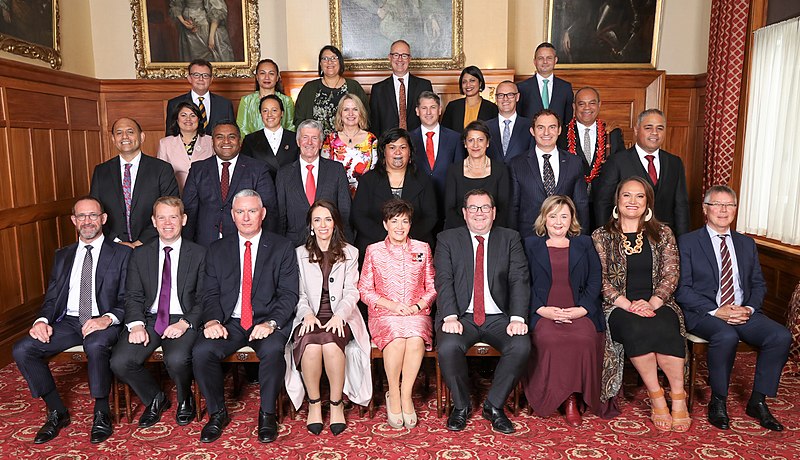 To the New Zealand Minister of Agriculture, Damien O’Connor, and the Minister of Foreign Affairs, Nanaia Mahuta, and the Chief Science Advisor to the Ministry of Primary Industries, John Roche.

We are over a thousand citizens of Israel who oppose the government’s policies of oppression, occupation, apartheid, and ethnic cleansing against the Indigenous Palestinian people.

We oppose the systematic dispossession of the indigenous Palestinian population by our government, including the expansion and entrenchment of the Israeli occupation of the West Bank and Occupied East Jerusalem and the ongoing criminal siege of the Gaza strip.

We know that without cooperation from abroad by governments, companies and other institutions, Israel would not be able to maintain its Apartheid and occupation. Therefore, we were distressed to learn that the Chief Science Advisor to the Ministry of Primary Industries of New Zealand, John Roche, is scheduled to speak at the online event on 15/16 February, and that the webinar is designed to build “strategic partnerships in agriculture” with Israel, assisted by the Israeli embassy and the Aotearoa New Zealand government.

The Israeli Ministry of Agriculture and development is directly implicated in war crimes in the Occupied West Bank by funding colonial settlement construction and supporting colonial settlers to move to and stay in the occupied territories. This is done both directly by the ministry and by funneling funds(1) into the settlement division(2) of the world Zionist Organization. In stark opposition to the funding and subsidies received by the settlers, Palestinian farmers living in areas under direct Israeli control not only receive no support or funding from the occupation authorities, but they alsoface obstacles and persecution by the Israeli authorities, including the ministry of Agriculture and Development.

By partnering with the Israeli government, the government of New Zealand is complicit in the current Israeli violations of international law. As citizens of the Israeli regime, we witness this apartheid reality and its devastating consequences firsthand. These repressive policies against the Palestinian people have been recognized as apartheid by leading global human rights groups, including most recently, Amnesty International, Human Rights Watch, and Israeli human rights organization B’Tselem. Israel’s response has been to target Palestinian human rights organizations  Al-Haq, Addameer, Bisan Center, Defense For Children International-Palestine, the Union of Agricultural Work Committees, and the Union of Palestinian Women’s Committees, who have been reporting on and documenting Israeli abuses and submitting them to the International Criminal Court, and designate them as terrorist organisations without any evidence.

In recent years, the state of Israel has been committing an ongoing massacre in the Gaza strip, with last year seeing an Israeli onslaught on Gaza in May 2021, killing hundreds of civilians, many of them children. The state of Israel’s siege, which has lasted more than 15 years, renders Palestinians in Gaza prisoners of the biggest open-air prison in the world, which the United Nations has warned has become “unlivable”.

In the West Bank, the state of Israel has been employing a brutal, belligerent military regime for the past 55 years, and expanding its colonial settlement project, which a recent report of The Office of the United Nations High Commissioner of Human Rights describes as “pervasive and devastating [violations of human rights], reaching every facet of Palestinian life”, further listing numerous violations such as “restrictions on freedom of religion, movement and education; their rights to land and water; access to livelihoods and their right to an adequate standard of living; their rights to family life; and many other fundamental human rights”.

Within Palestine proper – what has been demarcated as the state of Israel today – Indigenous Palestinian citizens, 21% of the population, are subjected to over 65 laws denying them basic equality, civil, and human rights, culminating in a recent act of legislation – the ‘Nation-State Law’, which enshrines apartheid into the Israeli regime’s constitutional law.

This is just the tip of the iceberg, a short description of life for the millions of children, women, and men, who have been living under these ever-deteriorating policies for the past seven decades.

We call on you to live up to your stated principles as well as comply with international law. We urge you to end your cooperation with the government of Israel.

We will gladly provide additional proof and address your comments on this matter.

Boycott from Within (Israeli citizens for BDS)