From Israeli citizens to Canadian PM Trudeau - Please apologize for libelous attack on the BDS campaign! 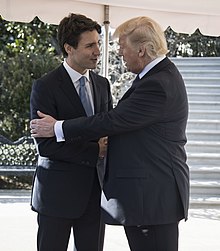 We are a group of Israeli citizens, seeking to end our government's policies of occupation, colonization, and apartheid against the Palestinian people [1]. Some of us are the descendants of Holocaust survivors. We are committed to universal principles of equality and human rights and to the struggle against any form of racism, including anti-Semitism. We stand in solidarity with the Palestinian civil society call for a democratic, nonviolent campaign for boycott, divestment, and sanctions (BDS) against the Israeli government and against Israeli and international institutions or companies that are complicit in Israel's severe violations of international law and Palestinian human rights [2].

The purpose of the BDS campaign is to end terrible injustice and atrocities inflicted on millions of human beings - men, women and children. Just like the similar campaign targeting apartheid South Africa at the time, we, along with our partners, are pursuing justice and full equality for all people in our region - Palestinians and Jews alike. Our agenda stands in stark contrast to the racist nature of the regime in Israel [3], which practices apartheid [4] and denies basic rights to millions of human beings, as documented by some of Israel's leading human rights groups. We deplore the fact that the Canadian government continues to support such Israeli policies, via special status agreements and legitimization at international forums [5].

We welcome your recent apology for Canada’s refusal to accept Jewish refugees on board the MS St-Louis in 1939. The Canadian government must take responsibility for its past anti-Semitic conduct. However, we reject your attempt to slander the global movement for justice for the Palestinian people. Specifically, we reject your libelous statements about BDS, associating this campaign with anti-Semitism.

We join our friends at Independent Jewish Voices (IJV) Canada [6] and other Jewish groups, in stating what should be obvious: Jews all over the world are not a monolithic block, hence we do  not speak in one voice, and do not stand together as one against the basic principles of justice and equality or against free speech. In fact, Jewish groups and activists have stood at the forefront of numerous campaigns for justice and equality throughout the world, including Canada. This includes solidarity with the Palestinian people and participation in the BDS campaign.

Furthermore, We are encouraged by the recent decision of Canada's largest student union (numbering 500,000 students) to endorse BDS [7]. We are also encouraged by the recent statement issued by 236 Canadian scholars, who "urge Trudeau to retract his wrong-spirited comments that demonize the work students, community members and activists have done." [8]

Mr. Trudeau, as the Israeli Prime Minister Benjamin Netanyahu endorses the use of force and settler-colonialism [9], we expect you to recognize the dividing moral line and choose: Israel's violence, occupation and apartheid or a nonviolent democratic resistance to these Israeli policies. We expect you to apologize for your libelous statement against the BDS campaign. We also expect you to end Canada's preferential treatment policy vis-a-vis the State of Israel, in view of the latter's severe violations of human rights and international law. Furthermore, we expect you to stand for fully universal principles of justice and equality in human rights.

We will continue to stand in solidarity with all campaigns against racism. This includes our solidarity with the struggle of the Palestinian people. Sincerely,Boycott! Supporting the Palestinian BDS Call from Within (aka Boycott from Within).(1) https://boycottisrael.info/(2) https://bdsmovement.net/(3) https://www.adalah.org/en/content/view/7771(4) https://www.democracynow.org/2018/10/19/btselems_hagai_el_ad_calls_for