In the early hours of July 30th, 2020, dozens of Israeli soldiers broke into the home of General Coordinator of the Palestinian National BDS Committee in Kafr Abu Qash [in the occupied West Bank], Mahmoud Nawajaa, handcuffed and blindfolded him, and marched him out, in front of his wife and children.

Two days later, in an Israeli military court hearing, Mahmoud was accused by Israel’s secret service of completely fabricated charges, handed over to the judge as a “secret file”, which Mahmoud was not allowed to see. He was only asked by the judge verbally about the allegations, which Mahmoud denied.

Mahmoud is prohibited from seeing his lawyer, despite having one. As with almost all such proceedings in Israel’s military court, the judge granted the secret service its demand to extend Mahmoud’s unlawful, arbitrary detention for another 15 days, ensuring the violation of his most basic human rights. 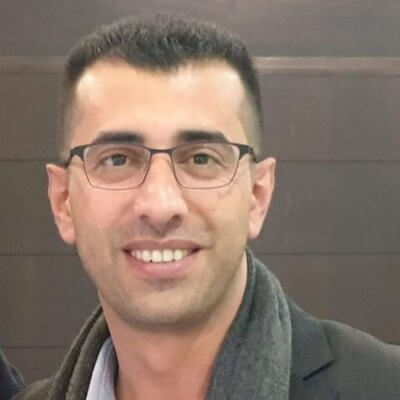 Those of us who know Mahmoud, know of his dedication to civilian popular resistance to Israel’s settler-colonialism, by way of boycott, divestment, and sanctions. The only two possible reasons why Israel abducted Mahmoud Nawajaa in the middle of the night at gun point, are that he is an indigenous Palestinian, and that he successfully advocates for the indigenous, human, and civil rights of his people.

We are a thousand citizens of Israel, who support the Palestinian-led, global BDS movement, in word and deed. Despite apartheid Israel’s Anti-Boycott Law; we are not (yet) abducted from our beds in the middle of the night at gun point; we are not (yet) incarcerated without charge, trial, or release date; we are not (yet) prohibited from speaking to our lawyers or our families; and we are not (yet) slandered in court as “terrorists” in order to incarcerate us longer and to rubberstamp our torture.

The right to boycott is a civil right that should never have the dark consequences which Mahmoud is now facing. This arrest implicates Mahmoud only in his commitment to freedom, justice, and equality; and it implicates Israel in its commitment to oppression, military occupation, and apartheid.

We are a thousand citizens of Israel who stand in solidarity with Mahmoud Nawajaa and demand his immediate release.